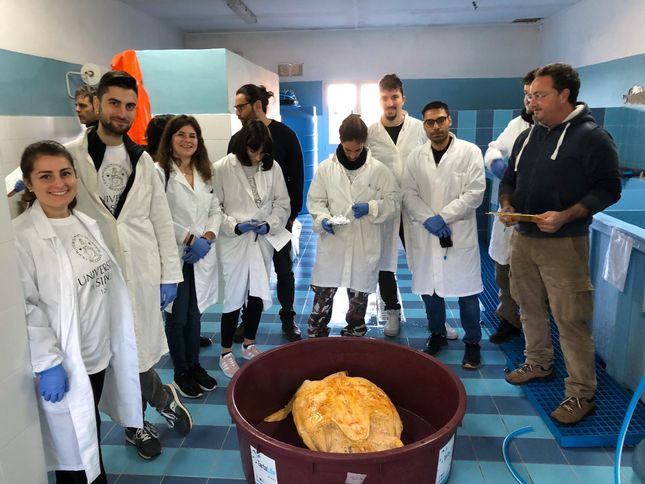 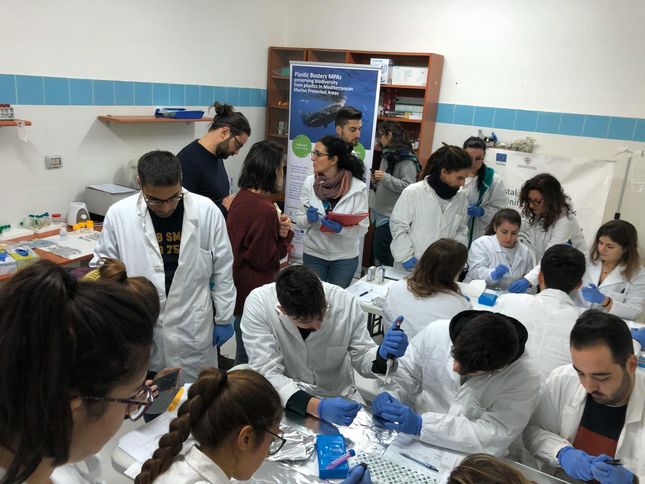 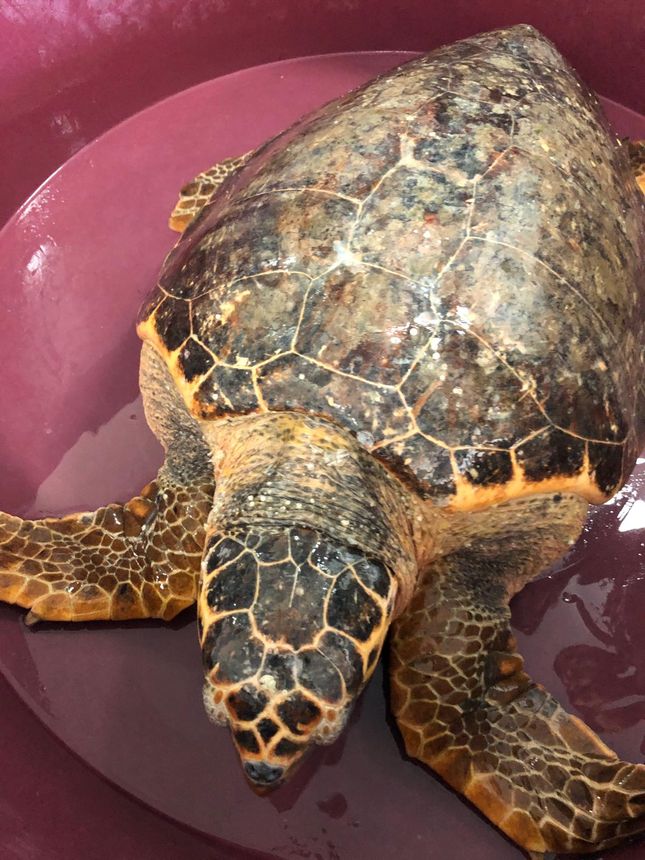 Great news to start the year: The partners of the Interreg Med Project Plastic Busters MPAs and the ENI-CBC Med COMMON have strengthened their collaboration at the occasion of a training on marine endangered species, organized by the University of Siena and the Sea Turtle Rescue Center of Legambiente in Manfredonia (Italy).

This event follows up on the “Joint Plastic Busters workshop on creating synergies for consolidating the fight against marine litter in the Mediterranean Region” held in Barcelona on the 14th of November 2019.

The training aimed at transferring the methodology of monitoring the presence and the impacts of marine litter in sea turtle samples. This methodology was adopted and implemented within the Plastic Busters MPAs project and it is included in the project’s “Toolkit for monitoring marine litter and its impacts on biodiversity in Mediterranean MPAs”.

It was a great occasion for the team, for students and for the press to witness the release of two Caretta caretta sea turtles. The two loggerhead sea turtles, one of the marine species most threatened by plastic pollution , were safely returned to their natural habitat after two weeks of treatment at the Sea Turtle Rescue Centre of Legambiente (CTRM), in Manfredonia (Italy).

In addition to the release, the training included a theoretical and a practical part on the sampling of 7 hospitalized sea turtles, with the participation of Master’s students in Ecotoxicology and Environmental Sustainability of the University of Siena and several partners of the ENI CBC MED COMMON project:

·       CIHEAM with the staff of the Calimera (Italy) Sea Turtle Rescue Center, Italy

·       Amwaj of the Environment Beirut, Lebanon

By bringing together key players and projects from the North and the South of the region, this training aimed to set the basis for further operational synergies, dynamic cross-fertilization and capitalization processes in order to consolidate the fight against marine litter throughout the region.