Diving to assess seafloor marine litter in shallow coastal MPAs; is there a relation with beach litter? 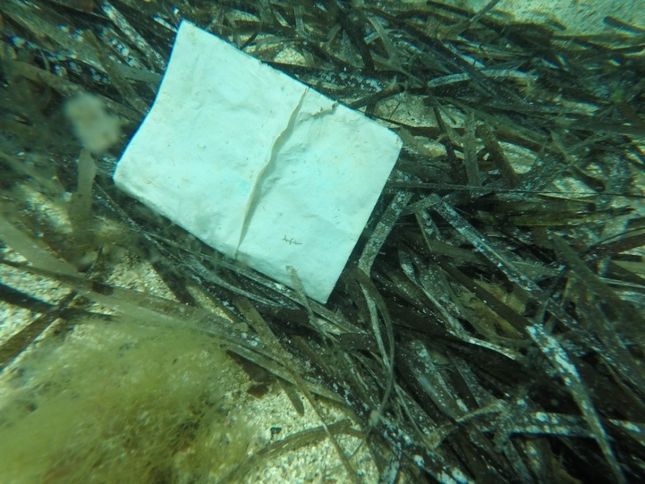 Marine litter in the Mediterranean Sea is a growing environmental threat, particularly within pristine Marine Protected Areas (MPAs) such as the Cabrera Archipelago Maritime-Terrestrial National Park (CNP), located in the Balearic Islands (Spain).

The Spanish Institute of Oceanography (IEO)-Balearic Centre of Oceanography (COB), in collaboration with the Cabrera Archipelago Maritime-Terrestrial National Park (CNP), presented the results of the fieldwork campaign of beach surveys within and outside of the harbour area of CNP and the seafloor surveys in the shallow areas up to depths of 10 m in the National Park. Beaches were surveyed visually, and the seafloor was monitored through scuba diving surveys to characterize and study the marine litter in order to try to identify potential sources.

From the beach surveys, 94% of the items identified were classified as artificial polymer materials, primarily consisting of plastic pieces ranging between 2.5 cm and 50 cm in length, as well plastic caps/lids from drinks and cotton buds. During the summer season, an average litter density of just over 1 item per m2 was found within the harbour, while in the autumn the average litter density increased to over 3 items per m2.

Seafloor habitats tell a similar but different story. Glass bottles, glass and ceramics, and plastic food containers were the most commonly found items in the shallow region of the seafloor. Moreover, artificial polymers accounted for 56% and glass and ceramics 36% of the total items. Coastal seafloor samplings via scuba diving surveys provide a unique and necessary vision of the litter accumulation in these areas.

Preliminary results from the Plastic Busters MPA project highlight the relatively high amount of marine litter found on the shallow seafloor and adjacent beaches with almost 100% of surveyed areas containing various types of marine litter. Overall, plastic litter predominated both on the shores and on the seafloor throughout the MPA.