More threats facing the Mediterranean monk seal: the presence of microplastics in their diet 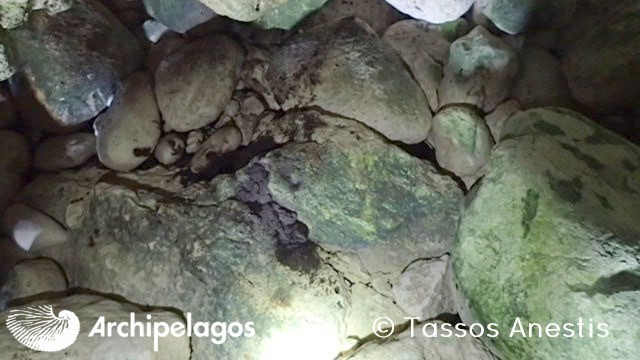 The Mediterranean monk seal (Monachus monachus) is the most endangered seal species in the world, with a subpopulation of ~350 animals dwelling in Greek and Turkish waters. The main threats it faces include habitat loss, principally due to ever-increasing tourism activities, accidental deaths in fishing gear, and deliberate killings mainly by fishermen because of damage to their gear, and, of course, pollution.

Marine litter poses a threat to marine animals either through entanglement or ingestion. The effects of marine litter including microplastics (plastic particles less than 5 mm in length) in endangered animals such as seals, some seabirds and sea turtles are difficult to assess while they are alive. Therefore, research is mostly conducted on those animals found dead on beaches or accidentally caught by fishermen, for example. However, a way to discover whether these animals have ingested microplastics while alive, is to analyze their faeces. The presence of microplastics in faeces shows that they have been ingested and excreted by the animals.  Additionally, this sampling technique is non-invasive, and is thus appropriate for an endangered species.

In one of the Plastic Busters MPAs' study areas, the National Marine Park of Zakynthos and the surrounding areas (Ionian Sea, Greece), a group of about 20-30 monk seals rest and reproduce in marine caves.  HCMR researchers, in collaboration with the NGO Archipelagos -environment and development, used monk seal faeces in order to assess microplastic ingestion by these rare animals. In a total of 12 faeces samples, 166 microlitter particles were identified. Most microliter particles were less than 3 mm in length (77%) while a piece of net larger than 5 cm in length was also found. The majority of particles were filaments (84%), some were fragments (15%) and only one was spherical in shape.

This is the first comprehensive study to analyse the presence of microplastics in Mediterranean monk seals using their faeces, based on a method developed previously by the NGO Archipelagos - environment and development. The study was also presented at the MICRO2020 conference. This type of research, combined with studies of dietary patterns, might give some insights into the potential transfer of microplastics though the food web: monk seals, as top predators, are ingesting microplastics contained in their food, which includes octopus and fish of all kinds. The potential adverse effects of microplastic ingestion on marine animals may include toxic effects due to the leaching of chemicals added during plastics manufacturing and/or adsorbed on microplastic surfaces. Further analysis is planned by the University of Siena to evaluate the eventual presence of such chemicals in the faeces samples collected in the National Marine Park of Zakynthos.

All faeces contained microplastics, including polyamide, polycarbonate and polypropylene particles.
On average, 14 particles were detected per faeces sample. 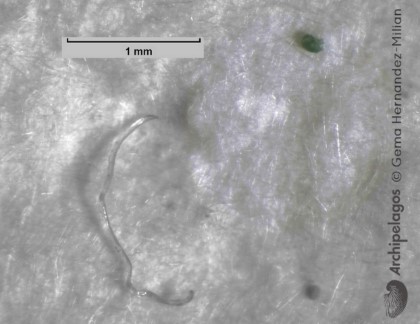