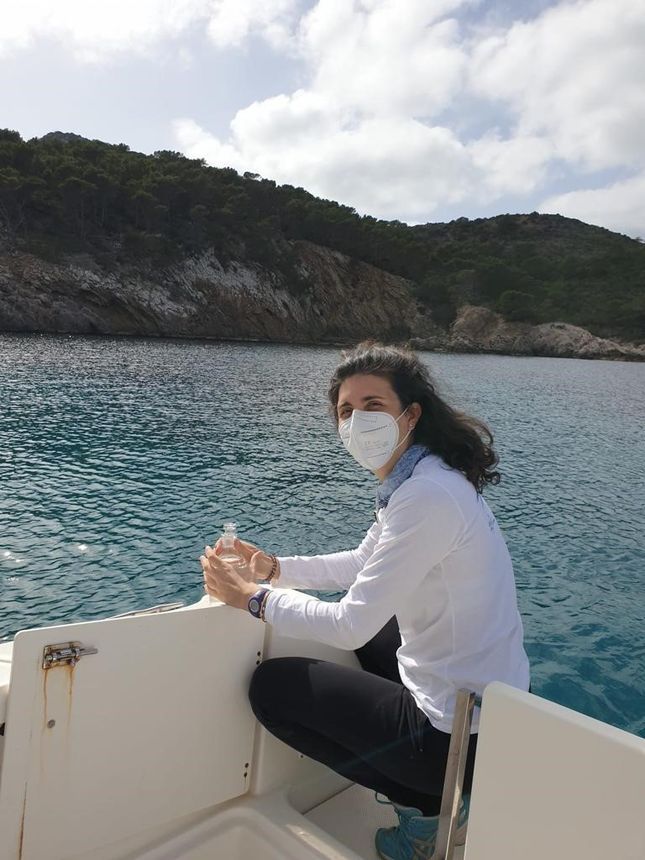 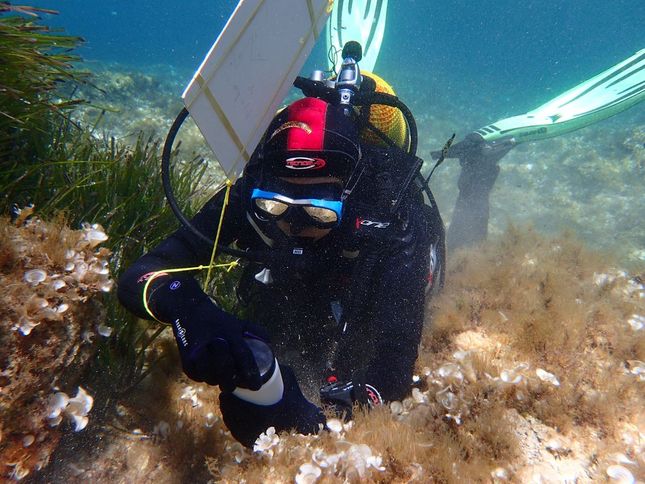 International Women’s Day is celebrated on 8 March, a key day in the calendar for many women worldwide and especially important for women in science. Carme’s passion for the sea dates back to her early childhood when a story about a dolphin that swam to fetch a red ball and brought it back to the small girl who was throwing it from the shoreline into the sea, caught her attention. Nowadays, this red ball and many other plastic and litter items in the marine environment are the focus of her research.

Carme Alomar is a young member of the IMPACT@SEA research group at the Balearic Centre of Oceanography (COB) of the Spanish Institute of Oceanography (IEO), and she have been involved in research related with marine litter for the last seven years. The Plastic Busters MPAs project gave her the opportunity to study and understand how litter is impacting marine biodiversity in MPAs. But how? Her research involves data collection, data analyses, and results dissemination through scientific publications, workshops and networking activities, with different stakeholders. In Carme’s case, data collection means that she gets out to dive in the coastal waters of the National Maritime - Terrestrial Park of the Cabrera Archipelago (Balearic Island). Data collection also involves laboratory work: biological sampling and the analyses of gastrointestinal tracts in order to study the incidence of microplastic ingestion indicator species such as mackerels, the saddled seabream, sea urchins and sea cucumbers.

According to Carme ‘s observations and research, seafloor areas of Cabrera MPA are a potential sink for marine litter. The most common seafloor litter items collected where glass bottles, and other glass and ceramic items, while plastic items as accounted for 56% of all items recorded.

Depending on the sampling location, differences in litter types were observed: i.e. in the Cabrera port area, the most common items are made up of glass and artificial polymers, while in locations more exposed to wind and oceanographic currents lighter plastic items prevailed, which can be transported over large distances in comparison to glass, which sinks close to the source areas. When comparing items collected from the seafloor and what is found floating on the sea surface, many of the items were in different states: some of them appeared to be quite new, meaning that they had been recently directly or indirectly discarded into the sea, but many others were in a state of degradation or had several organisms attached to their surfaces, indicating a longer period spent in the marine environment. Overall, one key message is that marine litter was found in all sampling locations throughout the MPA, highlighting the ubiquity of this type of contaminant despite its protection status. The work being done within the Plastic Busters MPA consortium is essential as it can help identify the sources and origins of marine litter, which must be considered in order to achieve an integrated reduction and prevention process for litter entering marine ecosystems.